Solar owners in smoke affected areas, particularly those who’ve been sheltering in air-conditioned homes more than usual, might be wondering how well their rooftop systems are performing under the haze.

Solar Analytics and intelligent solar monitors the energy consumption and solar PV performance of 35,000 sites across Australia and on December 10 its algorithms detected a drop in solar PV production in Sydney, prompting further investigation.

We analyzed data from 2200 4-6kW rooftop solar sites in Sydney and found that haze caused a sizeable 15% drop in rooftop solar energy production. 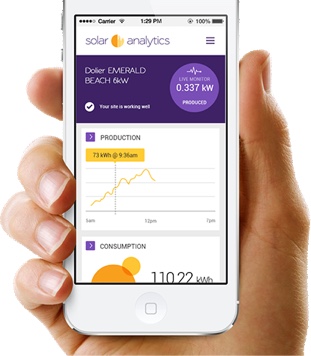 December 10 was one of the more heavily smoke-affected days with the Air Quality Index (AQI) levels classified as hazardous.

The median energy generated on clear days during the first two weeks of December was found to be 26.6 kWh but on the 10th of December 2019, median production was down to 22.7 kWh.

The graph is taken by experts from the dashboard of the home of Solar Analytics. The expected solar output is calculated by drawing on BOM weather data, combined with the system’s specifications and the performance of other PV systems nearby.

Solar Analytics’ algorithms can detect when a system is being impacted by shade and cloud. If the haze is captured in the BOM data, then the expected performance of the system is adjusted accordingly.